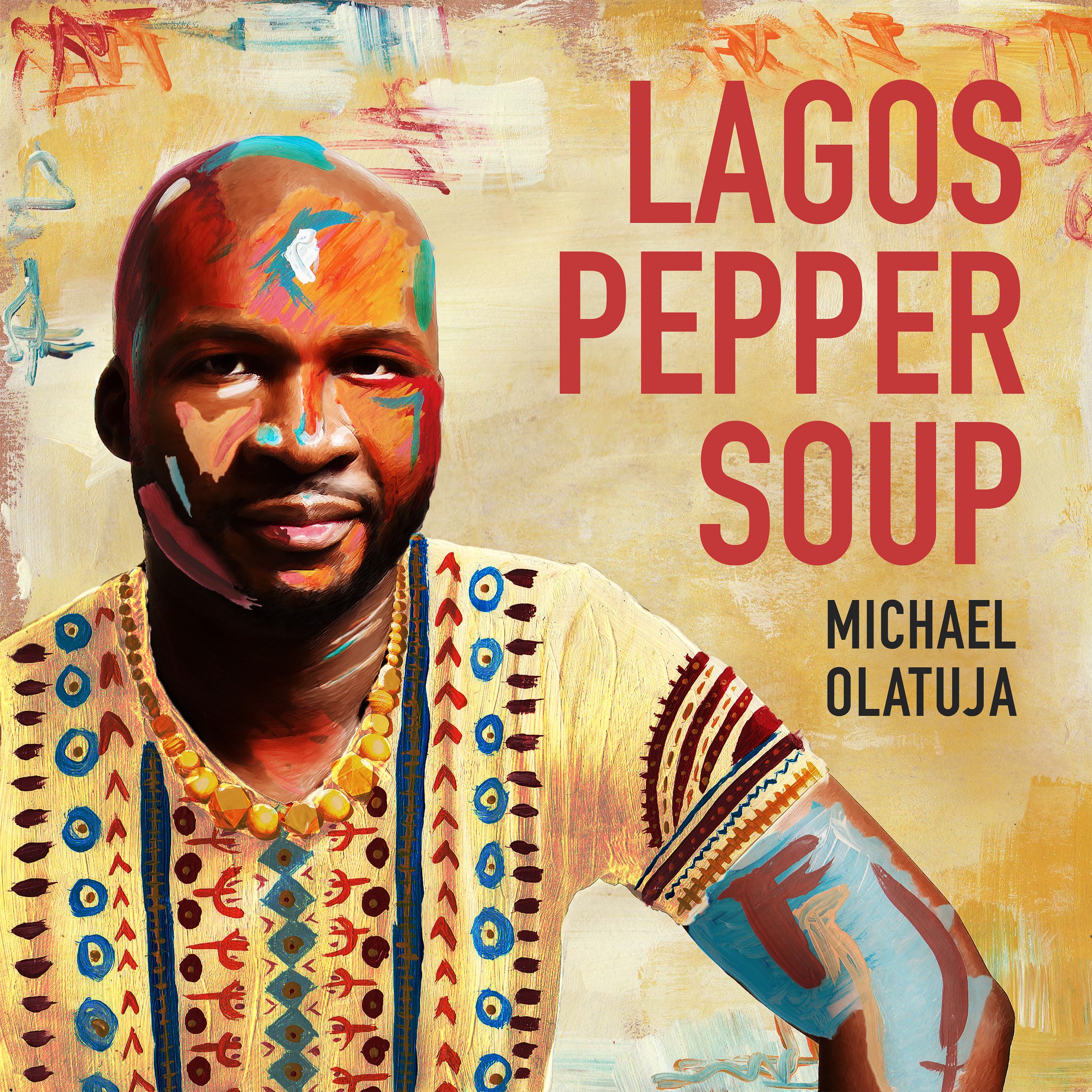 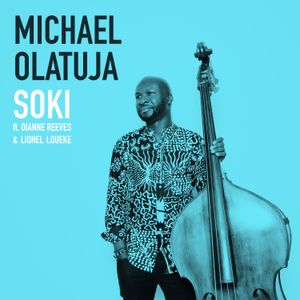 Michael Olatuja’s musical development has taken place across three continents, in the heart of three of the world’s greatest cities. After a childhood in Lagos absorbing the Yoruba culture of his Nigerian family, followed by teenage years performing and studying on the booming London jazz scene, Michael’s talent bloomed when he arrived in New York to study at the Manhattan School of Music. His unique breadth of talent, grounded in the strong musical traditions of his homeland, has earned him first-call status across a range of genres from pop to gospel to Broadway to top-flight jazz, and along the way he’s filled his contacts book with a impressive and eclectic range of talent. For Lagos Pepper Soup, his second solo release, Michael picked a core band of Terreon Gully, Aaron Parks and Etienne Stadwijk, and then enlisted the talents of Angelique Kidjo,  Dianne Reeves, Regina Carter, Joe Lovano, Laura Mvula, Lionel Loueke, Grégoire Maret, Becca Stevens,  Brandee Younger, Robert Mitchell, Onaje Jefferson, and top studio arrangers David Metzger, Joseph Joubert and Jason Michael Webb to realise his vision of what he calls Cinematic Afrobeat - “What you hear is a blend of three major cities: it’s a celebration of life, and I wanted to make it sound like a soundtrack for a movie that hasn’t been made yet - maybe the next Black Panther movie!”

The title track is a summary of what it’s about - the band lay down a cooking intercontinental groove over which Angelique Kidjo delivers a stunning vocal performance: “All these guests are people I’ve worked with, who inspire me and who I consider friends. Angelique has been one of my heroes for many years and working with her was a dream come true. She blew it out the water!”

‘Soki’, meaning ‘Soon’ is a Pan-African mix of influences from Mali, Senegal and Nigeria and features Dianne Reeves singing in Yoruba “Man, She did her homework! She put her heart and soul into it!”

Brandee Younger contributes harp to the acoustic textures of ‘Ma Foya’ - “She’s NYC’s premier harp player! We get along like a house on fire - she joked about being left off my album so I got her in and the results were magical!”

‘Brighter Day’ reunites Michael with Laura Mvula and his old London buddy Troy Miller, who he played with in Soweto Kinch’s band, for a typically heartfelt, idiosyncratic piece of pop music.

UK pianist Robert Mitchell was one of Michael’s mentors when he was a 16-year old budding professional. Becca Stevens is the perfect interpreter for the complex sophistication of his composition ‘Home True’.

Bola Olatuja is Michael’s mother and ‘Bola’s Song’ is his tribute to her, with Grégoire Maret’s harmonica tracing the melody as the song moves from minor to major in Joubert’s lush arrangement.

‘Leye’s Dance’ is based on the Fuji style from Lagos: Joe Lovano recalls his time playing and hanging with Fela Kuti at The Shrine in this inspired Afrojazz blend.

“Shadows Fade’ is a ballad beautifully sung by Onaje Jefferson - “it’s about being where you need when going through difficult seasons.”

Lionel Loueke contributes the joyous ‘Mivakpola’ “He’s like a big brother to me. We like to have Lagos pepper soup together whenever he’s in town!”

‘Grace’ is an expression of Michael’s faith, but written without lyrics. “All the guests poured their heart and soul into this album, as though it were their own. I feel that grace has been shown to me throughout”

Michael has integrated all of his diverse musical influences, incorporating his guests’ talents while allowing his own personality to clearly shape the overall direction. His own virtuoso melodic bass playing shines throughout - “I wanted Lagos Pepper Soup to feature my own playing, as well as songwriting and production - all my influences are here, all my favourite musicians, and I feel there’s an element of divine favour in how amazingly it’s turned out!’


"Bassist Michael Olatuja simply delivered a well-honed message; its project was a perpetual thing,a way of being"
– New York Times
"A singular voice that taps all the cultures from which it is born."
- BBC

With “a singular voice that taps all the cultures from which it is born” (BBC), British/Nigerian bass virtuoso and composer Michael Olatuja has been applauded by audiences worldwide for his artful amalgamation of sound and culture.
Now Olatuja will front band Lagos Pepper Soup. The coming album features Dianne Reeves, Joe Lovano, Laura Mvula, Lionel Loueke, Regina Carter, Gregoire Maret and more. These musicians will take their audience on a journey through the worlds of music that bring them together.